This weekend past, the Forrestburn Stunt Gazebo Kite Flying Competition failed to get off the ground when not one Competitor was prepared to take theirs out of the bag !!

This photo gives an impression of the view that most Competitors enjoyed. Yes, Forrestburn’s reputation as a bleak, wild and exposed barren spot remains untarnished, and of course who would expect rain to fall in the vicinity of a reservoir.

Perhaps it was the incredible foresight of the venue’s designers, that one day they would need vast quantities of water on hand in order to allow lithium battery electric vehicles to compete.

Joyous was the news, in times where a single Practise run is the norm, that we would have four Practise runs. The risk here is that Competitors have several “dryish” runs provided in order to practise for their subsequent wet timed runs !! Similar in fact to stopping for an hour for lunch as everything dries up, only to start the afternoon’s proceedings with the onset of rain again. Joy indeed !!

It is in weather like this that four wheel drive is a great advantage, but even the two wheel drive cars are able to reduce the time gap normally found between them and the single seaters.

Of the single seaters, only Stuart Mather had the good sense to use a set of List 1A tyres for the whole weekend !!

Despite the weather, a good weekend, a more efficient throughput of vehicles than we perhaps remember. Vehicle carnage was almost non-existent considering the track conditions. That is not to say that there was not some excitement, as you might gauge from the following photograph of Forrestburn scenery from an unusual perspective. No awards were issued to any of the Competitors who helped to trim the grass !! 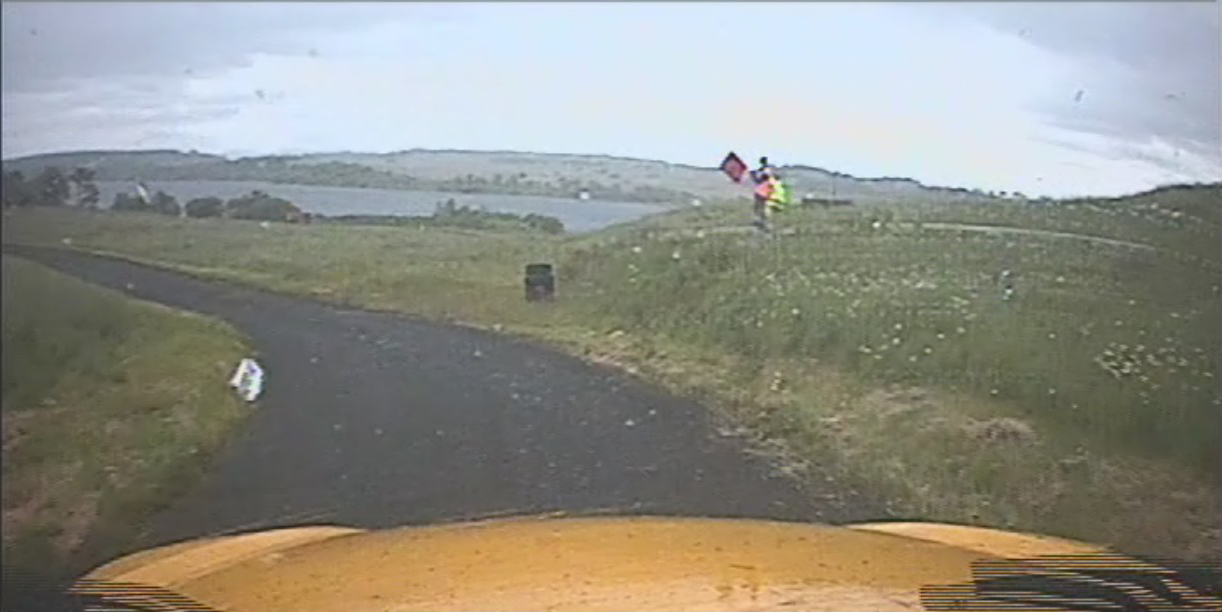 The XBC website has been updated with Forrestburn Results and Scoring, to be found on the 2022 Events Page. Perhaps possible class leaders are already emerging, but we are only a few rounds away from dropped scores starting to kick in, and that is when it all starts to get very interesting. Any errors or omissions, please let us know.

Our next XBC fixture is Boyndie which at the time of writing still seems to be open for entries if you are quick. Hope to see you there.

A good weekend at Forrestburn, despite the rain on Sunday morning, and good to catch up with other XBC competitors once again, who were there in greater number on the Saturday “counter”.

The next event on the calendar is the Kames weekend at the end of July. We will do our best to alert you when the on-line entries for this weekend go live. EACC have been very supportive of our XBC, and have provided tremendous support to us in the preparations for our own October Kames event.  Please, if your schedule allows it, could we ask that you support this weekend for them, as a gesture of our appreciation.

As of today, the Forrestburn on-line entries system went live.

We now have the Regs, PDF Entry Form, and a link to the on-line entry page available on the Web Site.

Send us a quick reply to this email, just to let us know whether or not you are planning to be there . . . . .

In the meantime, Barbon looms, entries are full, and a waiting list is in existence, so did you get your entry in on time ? !!

Again, drop us a note to let us know whether or not you are going to be there.